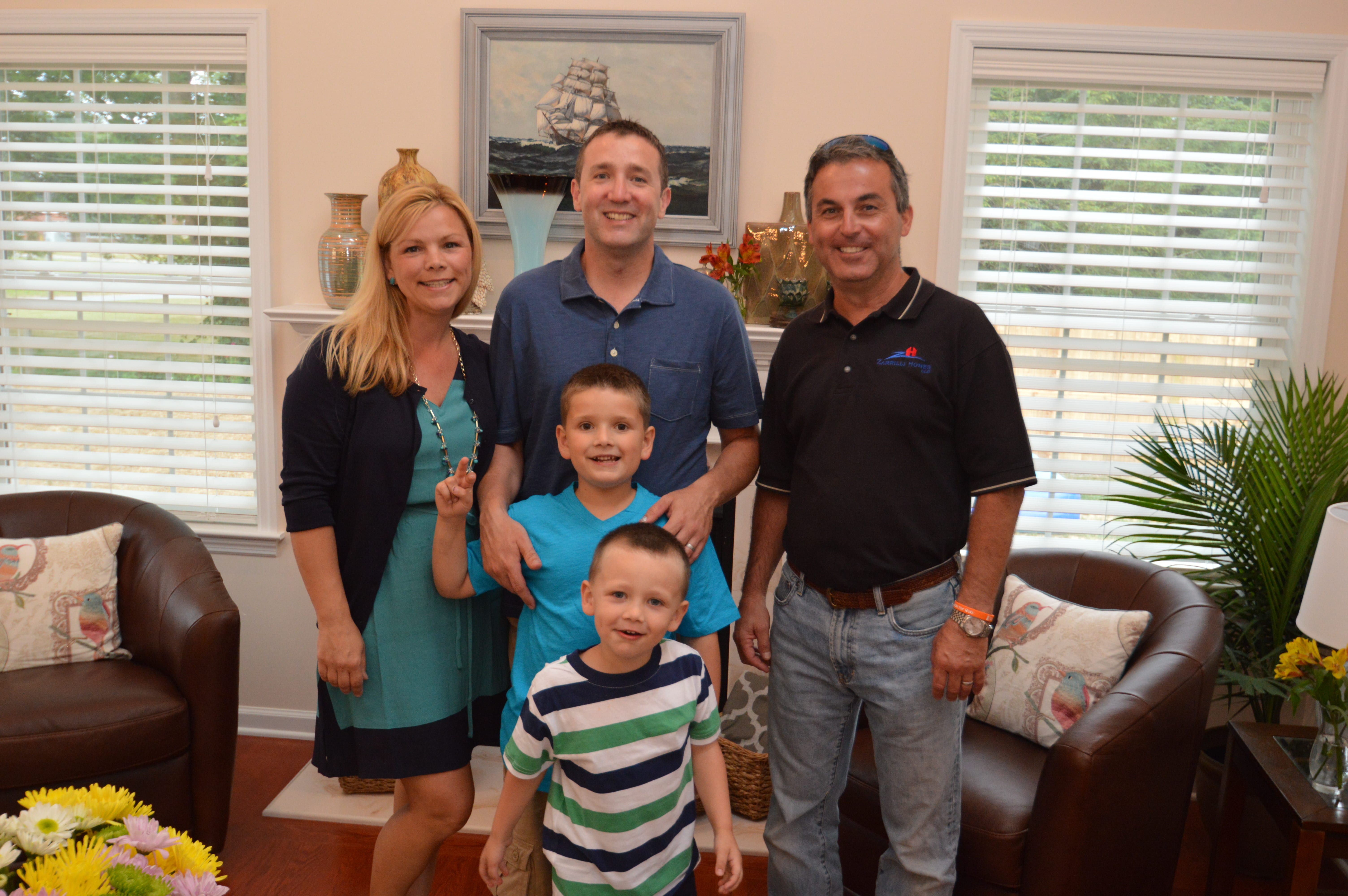 Brick, NJ / On Friday, October 30, 2015, Zarrilli Homes, New Jersey’s premier custom modular home builder, made its debut on the DIY Network show Breakneck Builds. This appearance marked the first of three episodes in which Zarrilli Homes will be featured as part of the series’ first season. Each episode of the show, which premiered earlier this month, follows two sets of families and two sets of builders as the families’ new modular homes are built, delivered and installed.

According to Zarrilli Homes Founder and President Anthony Zarrilli, filming took place from the time the homes were constructed in the factory up to completion and move in. The three Zarrilli projects being showcased include the Pinto home in Wall, the Finn home in Brick and the Raguso home in Toms River. Both Zarrilli and the mayors of their respective towns were present for the big reveal to the homeowners.

“We are incredibly excited that the show is exclusively highlighting modular home construction,” said Zarrilli, adding that the show’s crew was “phenomenal to work with.”

The first episode in which Zarrilli was featured followed Dan and Angie Pinto of Wall. According to Mrs. Pinto, she and her husband, along with their two children, were outgrowing their small townhome and looking to upgrade. They started looking for traditional re-sales but didn’t find the right fit for their needs. They knew they would have to undergo expensive renovations if they took that route. Therefore, they decided to go modular and chose Zarrilli Homes to do the job. They were impressed with the efficiency and strength of today’s modular homes and liked the idea of not wasting products due to the controlled modular home building process. In the end, they saved both money and time and were able to customize the entire home to fit their needs. In fact, their home features a music studio above the two-car detached garage which is accessed by a breezeway from the house. Pinto is excited to have “digital documentation of the process” with the airing of her episode.

Pinto said she believes the show will help to alleviate the unfavorable pre-conceptions associated with modular home building, a thought Zarrilli also echoes. He noted that the show highlights the advantages of modular construction and hopes it will help rid of some of the stigma still surrounding the modular home industry.

Not only are modular homes highly efficient, they are also extremely durable, Zarrilli said. “We didn’t lose any homes during Superstorm Sandy,” he noted, adding that 90-95% of Zarrilli homes are built on the beach or within a one mile radius.

In fact, both the Ragusos and Finns were Sandy victims who opted for a modular home after the storm.

“Being involved with Breakneck Builds guided my husband and I to focus on the opportunities presented as a result of Sandy,” said Maryellen Finn. “Jack and I shared with Breakneck Builds how we experienced endless loyalty and generosity from family and friends beginning day one post Sandy who arrived to lend their support. This incredible group never wavered throughout this two-year, nine-month journey, and from their stamina, we found strength. Our new Zarrilli modular home is exactly what we asked for, both in design and durability. Needless to say, we breathed a collective sigh of relief after Joaquin and will continue to appreciate the sweet contentment of being home.”

The episodes featuring the Raguso and Finn families have not yet been scheduled to air, but airing dates and times can be found on the DIY Network’s website at DIYNetwork.com with the search term Breakneck Builds. Re-run times for the episode featuring the Pintos are also listed on the site.

To learn more about Zarrilli Homes, visit ZarrilliHomes.com or call 732-262-4848 to make an appointment to tour Zarrilli’s Design Center located at 186 Mantoloking Road in Brick.
###

Photo Caption: The Pinto Family pose with Anthony Zarrilli in their new home in Wall, NJ. The home features a breezeway leading to the detached two-car garage and is the first of the Zarrilli modular homes to be featured on the Breakneck Builds show.