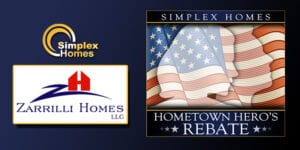 Zarrilli Homes and Simplex Homes have partnered to offer up to $10,000 in savings on the purchase of a new home, with a deposit by August 30th, 2020. Zarrilli Homes will include at no charge Painted Maple Cabinets, 42” Wall Cabinets with Crown Molding, Level 1 Granite Countertops with a Stainless Steel Sink, Brushed Nickle … Read more

The Misconceptions of Manufactured Building On today’s show Aksel and Bill interview Anthony Zarrilli the owner of Zarrilli Homes in Brick, New Jersey.  Anthony discusses best practices for modular home builders.  He also dives into the advantages manufactured homes provide both the builder and the customer.  As well as some misconceptions about Manufactured Home Building.  … Read more 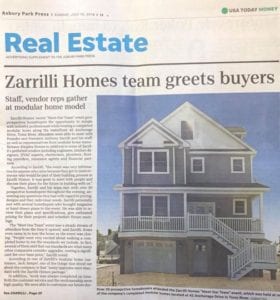 Asbury Park Press: Brick, NJ (June 10, 2018) – Zarrilli Homes is proud to celebrate its 15th year building modular homes at the Jersey Shore. Throughout this time, the company has seen tremendous growth, becoming a leader and innovator within the modular home industry. According to Founder and President Anthony Zarrilli, when he first started … Read more 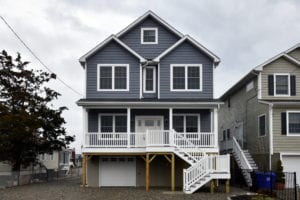 MODULAR HOME BUILDER The Voice of the Modular Housing Industry   Monday, January 29, 2018    NJ’s Zarrilli Homes Certainly Loves Building on the Water   This Zarrilli Home is a three story home on top of a two car garage which has a ton of storage space as well. It sits on … Read more 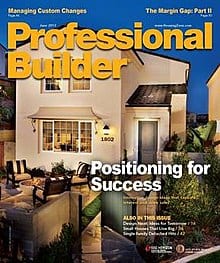 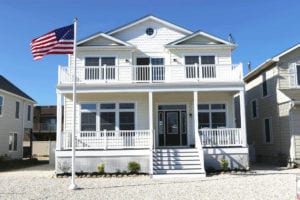 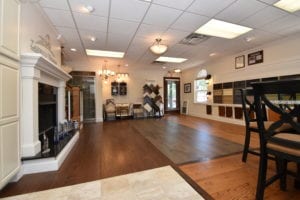 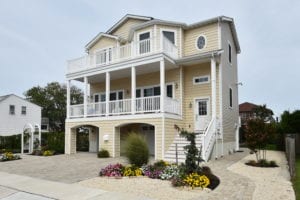 The April Modular Home of the Month Winner is a Beautiful Beach Haven Zarrilli Homes created this open 2,400-sf, two-story spacious beach home. The home is the perfect getaway from the bustling city. The open floorplan of the Beach Haven creates a comfortable space where visitors come in through an elevated entryway into a large … Read more 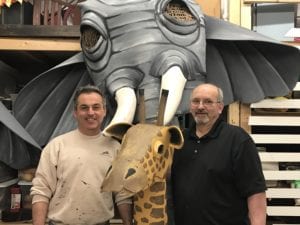 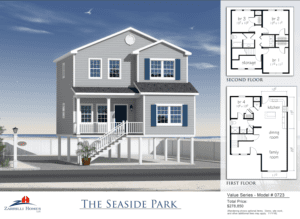 Wednesday, October 19, 2016A Sneak Peak at Zarrilli Homes’ Newest Offerings Anthony Zarrilli, Zarrilli Homes, is never one to rest on his past success when it comes to building beautiful modular homes in New Jersey. His newest offering for the NJ coastal areas is a series of homes with ALL IN pricing/plans for his customers. … Read more

Tuesday, September 20, 2016 Midwest Boot Camp – Part Two – The Morning Session All the speakers were ready for a full day, the continental breakfast was set up, the screen and all the A/V was up and running and it was time to begin another exciting day devoted to all things modular.This was my … Read more 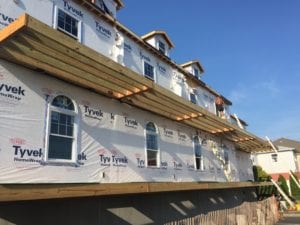 Belmar’s Shillelagh Club Goes Modular with Zarrilli Homes Belmar, NJ (August 7, 2016) – Zarrilli Homes, New Jersey’s premier custom modular home builder, is pleased to announce the future home of the Friendly Sons of the Shillelagh of the Jersey Shore has been set and is one step closer to completion. The 6,400-square-foot modular building … Read more

Friday, January 29, 2016 Modular Home Builders Ready to Take Charge in 2016 It may have been cold and snowy outside but the room where 24 modular home builders met for the first ever Modular Builder Round Table was smokin’ hot. Bringing builders from New England, the Northeast and Mid Atlantic states to Lewisburg, PA … Read more 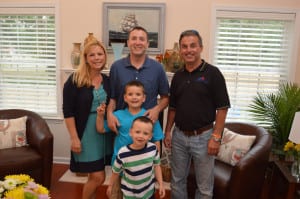 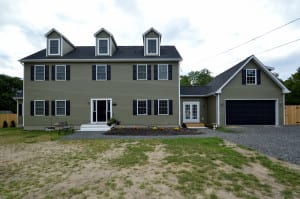 2F SUNDAY, NOVEMBER 1, 2015 ASBURY PARK PRESS APP.COM On Friday, Oct. 30, Zarrilli Homes, New Jersey’s premier custom modular home builder, made its debut on the DIY Network show “Breakneck Builds.” This appearance marked the first of three episodes in which Zarrilli Homes will be featured as part of the series’ first season. Each episode of the show, which premiered earlier this month, follows two sets of families … Read more 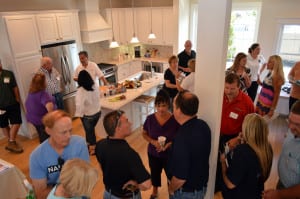 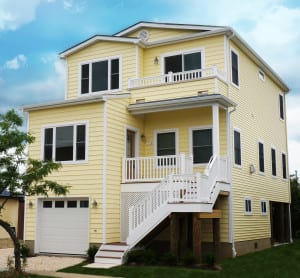 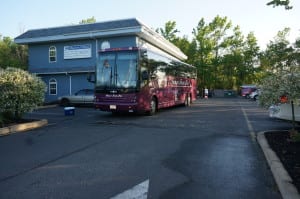 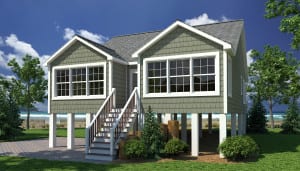 Asbury Park Press / March 26,2015 BRICK – Zarrilli Homes, New Jersey’s premier custom modular homebuilder, is pleased to announce the release of its new Shore Collection. This offering of homes features 16 of the most popular designs that Zarrilli Homes has delivered in the past and is ready for purchase with pre-selected features and … Read more

Zarrilli Homes Written by Brian Salgado Zarrilli Homes’ modular structures are gaining traction along the New Jersey coast after Hurricane Sandy. THERE STILL IS a stigma attached to modular homes when they’re compared to traditional stick-built houses. Residents of the Jersey Shore were certainly glad they ignored the old way of thinking about homebuying after Hurricane Sandy ravaged the U.S. Atlantic Coast, especially … Read more 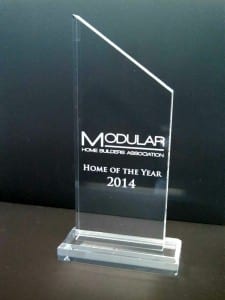 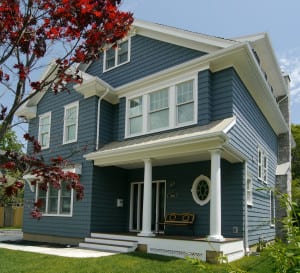 MHBA Conference Had Something for Every Modular Factory and Builder For modular home builders and factory people, if you weren’t at the MHBA in Dulles yesterday you missed a good conference. Tom Hardiman, Dave Sikora, Sharon and their staff put on a great meeting. Three speakers were featured. Professor Joe Wheeler, AIA from Virginia … Read more 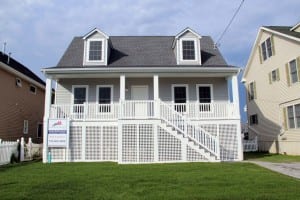 When It Comes To Modular Homebuilding, All Roads Lead To Zarrilli Homes

BRICK – Building a home is a major investment, and one that should not be taken lightly when it comes to selecting a homebuilder. In today’s digital world, the first thing that a prospective homebuilding client will typically do is perform a Google search to find a reputable builder. And there is one homebuilder that … Read more

BRICK – Designing a new home requires vision, planning and execution. Anthony Zarrilli, Founder and President of Zarrilli Homes, has a proven track record of turning homebuilding dreams into a reality by delivering quality-built homes with unsurpassed value and innovative designs. A household name in Ocean and Monmouth counties, Zarrilli holds his team to the … Read more 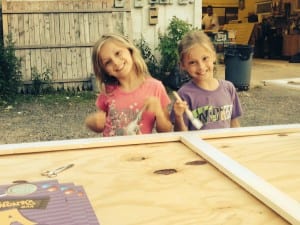 BRICK – Zarrilli Homes, New Jersey’s premier custom modular homebuilder, has always done what they can to give back to the communities in which they operate, supporting many local charities, youth groups, schools and non-profit organizations all over Ocean and Monmouth counties since its inception. Their favorite non-profit organization, however, is one in which owner … Read more 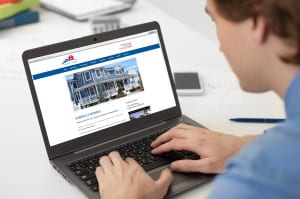 Zarrilli Homes Receives “Home of the Month” Designation by the MHBA

BRICK – The Modular Home Builders Association (MHBA) recently announced that a project by Zarrilli Homes, New Jersey’s premier custom modular homebuilder, has been designated as its “June Home of the Month.” The winning project is now being featured on the MHBA website (modularhousing.com) and social media for the month of June. The Zarrilli Homes … Read more

First Conference of the New MHBA a Success

I was a little apprehensive about what the MHBA “Best Practices” Conference in Philly last week would achieve. That went away very quickly when I started to see who was attending. Owners and top management from many factories were in attendance. Talk about a first class meeting…Tom Hardiman even served Starbucks coffee. Tom, the Executive … Read more 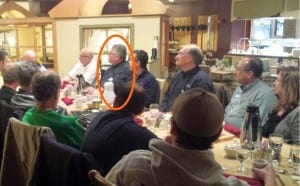 My monthly Builder Breakfast has grown so much from its humble beginnings of just a single builder meeting with me and talking about the problems of modular housing into what it is now, a forum for the entire modular home industry’s future. This month the number of people that wanted to attend was so large … Read more 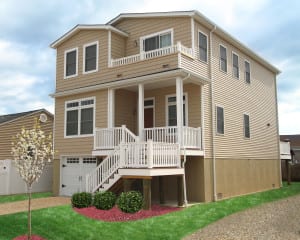 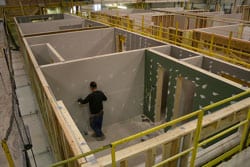 Another Reason Modular Homes are Better than Site Built

Last week I attended a seminar on building codes and techniques hosted by PFS Corporation, one of the largest third party inspectors for the modular housing industry. To be honest, I thought it would be like watching paint dry or grass growing but what I found instead was another compelling reason to buy modular or … Read more

One Year After Sandy: Modular Construction Speeds Recovery for New Jersey Families Excel Homes and Zarrilli Homes announce that their work will be featured in eight-part This Old House PBS series airing Thursdays, October 3-November 21. “We built hundreds of modular homes on the Jersey Shore before (Hurricane) Sandy, and we didn’t lose a single … Read more