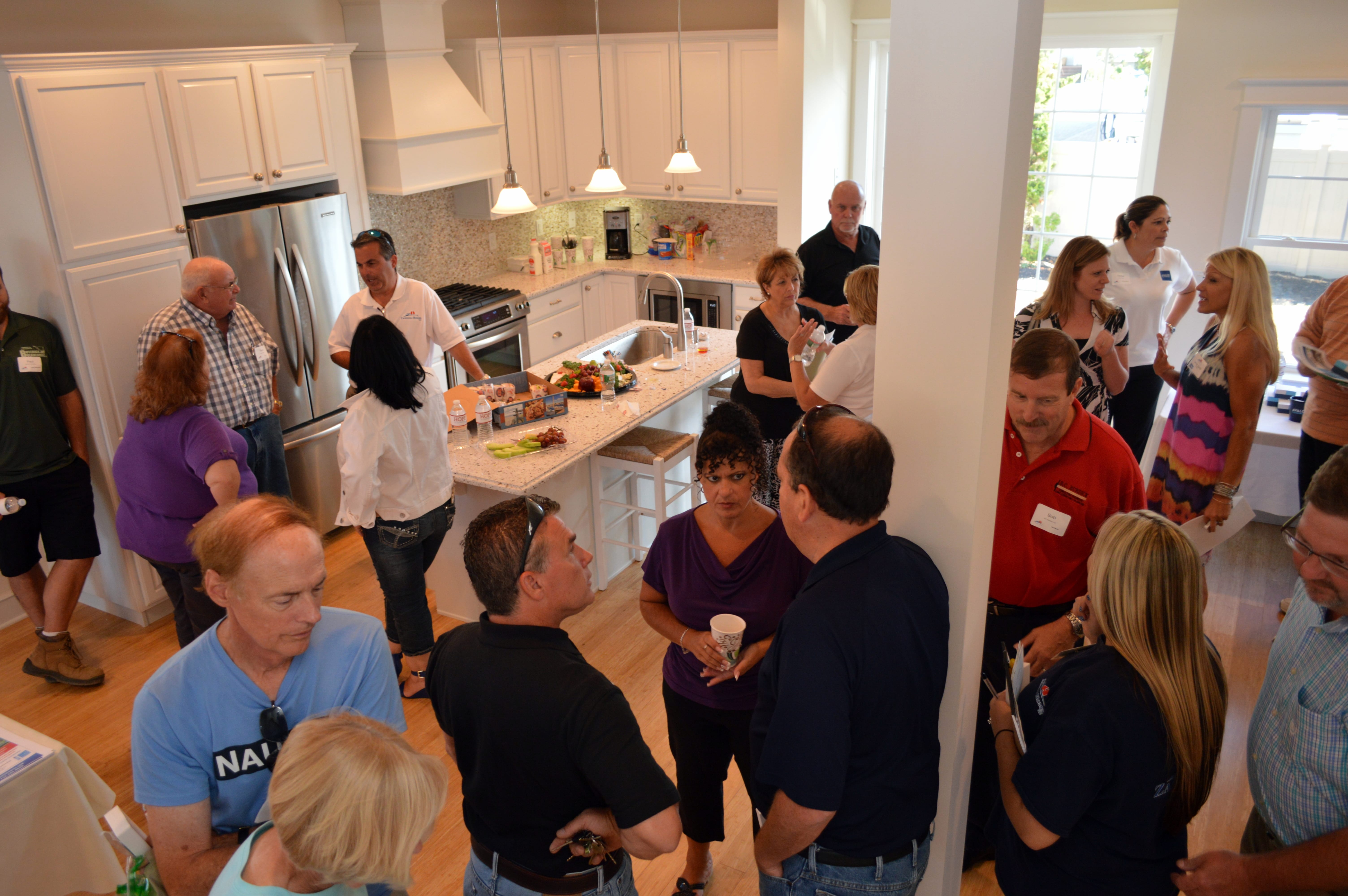 According to Zarrilli, homebuyers in attendance “were able to see how many people are involved in the construction of their home and the coordination and expertise that is required.”

Anthony Zarrilli and his team personally met with over 40 homebuyers throughout the evening, answering any questions they had with regard to pricing, designs, and most importantly, their individual needs and how to fulfill these needs with a Zarrilli home.

According to Excel Homes Account Executive Steve Zeigler, the “Meet Our Team” event gave homebuyers the chance to “touch, feel and see” a model modular home “and realize this is first class housing.”

“They could see that our standard specification finishes are what most other builders offer as upgrades,” Zarrilli said.

Zeigler noted that the modular home industry tends to have a stigma attached to it and that events like this one allow people to rid of such unjust preconceptions. Modular home building is the “construction method of the future,” he added, explaining that time spans are shorter and the impact to a neighborhood is limited.

Zarrilli Homes has been instrumental in helping homeowners rebuild since Superstorm Sandy in a number of Jersey Shore towns, such as Lavallette, Ortley Beach, Seaside Park, Normandy Beach, Brick and Mantoloking and has consistently provided superior customer service and high quality workmanship to homebuyers throughout Monmouth and Ocean counties.

Pat O’Shea of Ocean Beach is one of the homeowners who was impacted by Superstorm Sandy. She attended the “Meet Our Team” event after taking the recent factory tour to Excel Homes offered by Zarrilli. Both events have “helped tremendously” in her decision making process, allowing her to do her “due diligence,” she said.

O’Shea noted that her initial thought going into this process was “there’s no way I’m going to let these guys talk me into anything,” but after meeting with everyone, she realized “they don’t have to. They’re not forceful or pushy. They let you make your own decision.”

Another homebuyer in attendance, Jo-Anne Morrison of Brick, opted for a stick-built home with the Zarrilli team. She said she chose Zarrilli because she was very impressed with the quality of work and felt the staff was extremely helpful throughout the process. “I recommend them to everyone; I think they’re fabulous,” Morrison said. “Anthony works with you to make the best choice,” she noted. “The staff pointed me in the right direction. They are very knowledgeable and a great group of people.”

O’Shea and Morrison, along with the other homebuyers in attendance, were in agreement that the Zarrilli team was consistently responsive, returned phone calls, answered questions and provided much needed information while always remaining friendly and helpful.

“We are proud of what we do here at Zarrilli Homes, for we are not just building a house, but a home where memories are made and families gather,” Zarrilli said.

The “Meet Our Team” event was a huge success and an educational experience for everyone in attendance. Zarrilli and his team plan on holding similar events for prospective homebuyers in the future. To find out about the next event or to learn more about Zarrilli Homes, visit ZarrilliHomes.com or call 732-262-4848 to make an appointment to tour Zarrilli’s Design Center located at 186 Mantoloking Road in Brick.

Photo Caption: Over 40 homebuyers attended the Zarrilli Homes “Meet Our Team” event on Thursday, August 13, which was held at one of the company’s model modular homes in Lavallette.