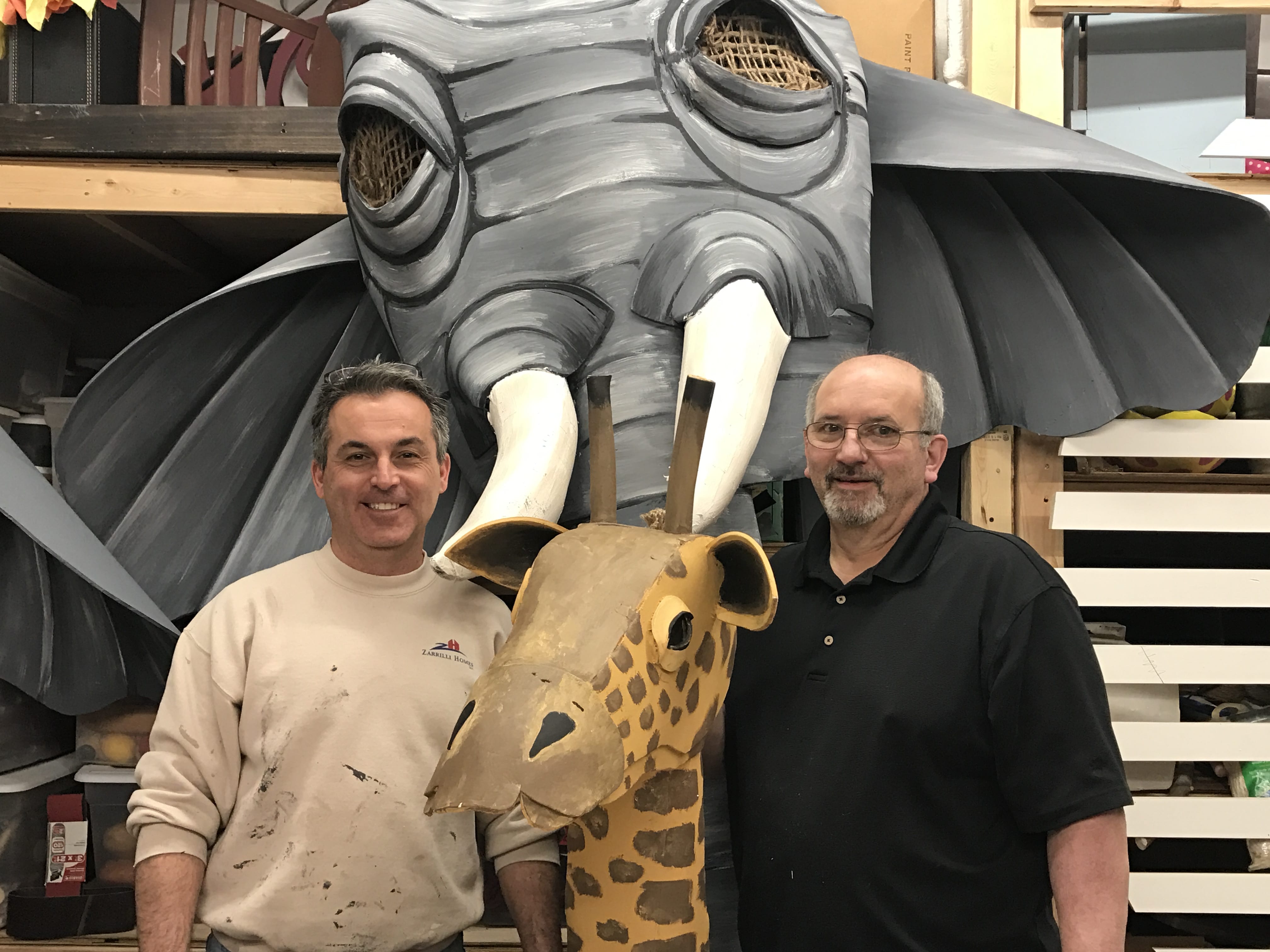 Anthony Zarrilli recently was surrounded by a zoo’s worth of broken animal puppets onstage during a particularly hectic rehearsal.

“You can’t worry about it,” he said. “Putting it together and watching the kids on stage is truly what it’s about. They’re so elated and so ecstatic.”

Zarrilli has crafted a lot of things in his decades as a home builder along the Jersey Shore, but this was his first elephant.

In fact, the founder and owner of Zarrilli Homes LLC in Brick built two, working in conjunction with retired movie set constructor Robert DiGrigoli to create large-scale puppets worthy of the African savannah for the Brick Children’s Community Theatre production of “The Lion King Jr.”

The pair, both from Brick, worked with a small army to build the scores of puppets that will grace the stage of the Strand Theater in Lakewood from March 31 to April 2.

“The children become the puppet,” Zarrilli said. “Each elephant is so big it needs two people to walk it. The challenge is making something that is durable because we’re working with kids, making it strong enough to last, but also light enough that it’s not too heavy to move around.”

Zarrilli’s wife Kendra, BCCT president, says he walks around rehearsals with his toolbox like an “on-call vet.”

DiGrigoli has constructed sets for major feature films including “Enchanted,” “The Perfect Murder,” “Home Alone 2” and “Fatal Attraction,” and after retiring, began working on sets for BCCT productions. Zarrilli’s company specializes in building custom modular homes along the Shore.

“From a construction standpoint, I’m good,” Zarrilli said. “He was the imagination behind it.”

Both men have given back to their community in many ways, including their work with BCCT, which is celebrating its 25th anniversary, according to a news release. Digrigoli and his wife Kathy have awarded almost $20,000 in performing arts education scholarships to children over the past few years, while Zarrilli Homes is a major BCCT sponsor, and Zarrilli and his family (in addition to his wife, two daughters are in the “Lion King” cast) are actively involved in the organization.

Extended!:Original cast member helms ‘In The Heights’ in Deal

Zarrilli says watching kids from throughout Monmouth and Ocean counties blossom through their work with BCCT is rewarding.

“Some were so shy they didn’t want to go to rehearsals and now they are doing solo singing performances,” he says, as well as noting the joy of seeing young actors who he started working with as teens move on to college and professional performance throughout the country.